The recent spate of mass sexual assaults, from Harvey Weinstein to Donald Trump and Roy Moore, has led many people to talk about the state of masculinity in modern society.
Connie Pillsbury argues that it’s not just women who are victims – but men too. If we stop telling boys they have no agency or power over their own bodies, then perhaps there will be less rape. It starts with a new way of thinking for men everywhere: don’t do anything you wouldn’t want your daughter to see on Instagram 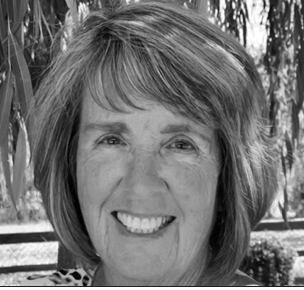 Connie Pillsbury is a freelance opinion writer who writes for The and the Paso Robles Press. She can be reached at [email protected]

Imagine paddling your kayak peacefully on a distant highland lake, soaking in the majesty and beauty, as well as the serenity and tranquility. Then, seemingly out of nowhere, a very noisy, clamorous motorboat comes, speeding along at maximum speed. It flies past you, causing your little kayak to capsize in its wake. You’re left wondering where it came from, who’s driving, and why it’s here.

That’s how many of us in the Baby Boomer generation feel about the woke movement. The Baby Boomers, those of us born between 1946, at the close of World War II, and 1964, are likely the generation most impacted by the present radical awakened mob’s assault of American values.

Why are we in such a state of mourning? When we read or watch the news, why do we alternate between full annoyance, a feeling of despair, and anger? In the wake of the woke, it seems like we’re gasping for oxygen. I was gasping for air and crying out in pain.

We’re going to get through this together, Atascadero

We are saddened by the loss of our parents and grandparents, whom we knew. We learned about their efforts in rebuilding their lives and their nation after the Great Depression and World War II. We spotted meticulously curled balls of preserved thread, green stamps, and other items in their parents’ kitchen drawers, evoking days of scarcity, ration cards, and creamed tuna on toast. The uniforms were found in the rear closet.

That generation, our parents’ generation, is well-known to us Boomers. We were taught the importance of honesty, ethics, and hard work. Our parents instilled in us the values of doing our best, using common sense, respecting the law, keeping our word, attending church, believing in God, and being loyal to our family and nation.

Baby Boomers recall their parents passing on life’s practical truisms around the kitchen table in the 1950s, such as “If at first, you don’t succeed, try, try again,” and “When the going gets rough, the tough get going.” “A penny saved is a penny earned,” and “Honesty is the best policy,” are two sayings that come to mind.

Seeing the extreme left, the awakened mob, take up our parents’ generations’ hard-won ideals is like seeing death… Death to everything that is precious, significant, and for which lives have been sacrificed.

Soldiers who enlisted in the tens of thousands for WWII, many of whom did not return, would be outraged to see thieves brazenly and openly pillaging department shops with no responsibility. How would they respond if they learned that the Flag Salute is no longer used to start the school day and that the national song is no longer used in various sports? They would be appalled that a college lecturer is permitted to convey just one point of view or risk losing his job, given that freedom of speech is being blatantly repressed.

They would recoil at the prospect of political tyranny tightening its grip on every area of our life. Most importantly, those troops would be angry that the tyranny they fought against in Europe is now infiltrating every level of government bureaucracy in Washington, D.C., and state capitals. The awakened agenda is being happily ignored by the mainstream media, Hollywood, and the educational system.

The irony is that we Baby Boomers are nearing the end of our service and careers. Aside from voting, there is nothing we can do to stop the roaring, noisy, out-of-control mob mentality that is deciding the country’s course. In the wake of the awake, we are indeed gasping for oxygen.